Through the model project “We are Europe”, Europe has been made a personal experience for the young people of the Ecumenical Children’s and Youth Centre Kranichstein and *huette in Darmstadt over the last few months. On 20th March 2019, the project was completed in the Theater Moller Haus. The young people presented the various results, for example in the form of a multimedia exhibition. 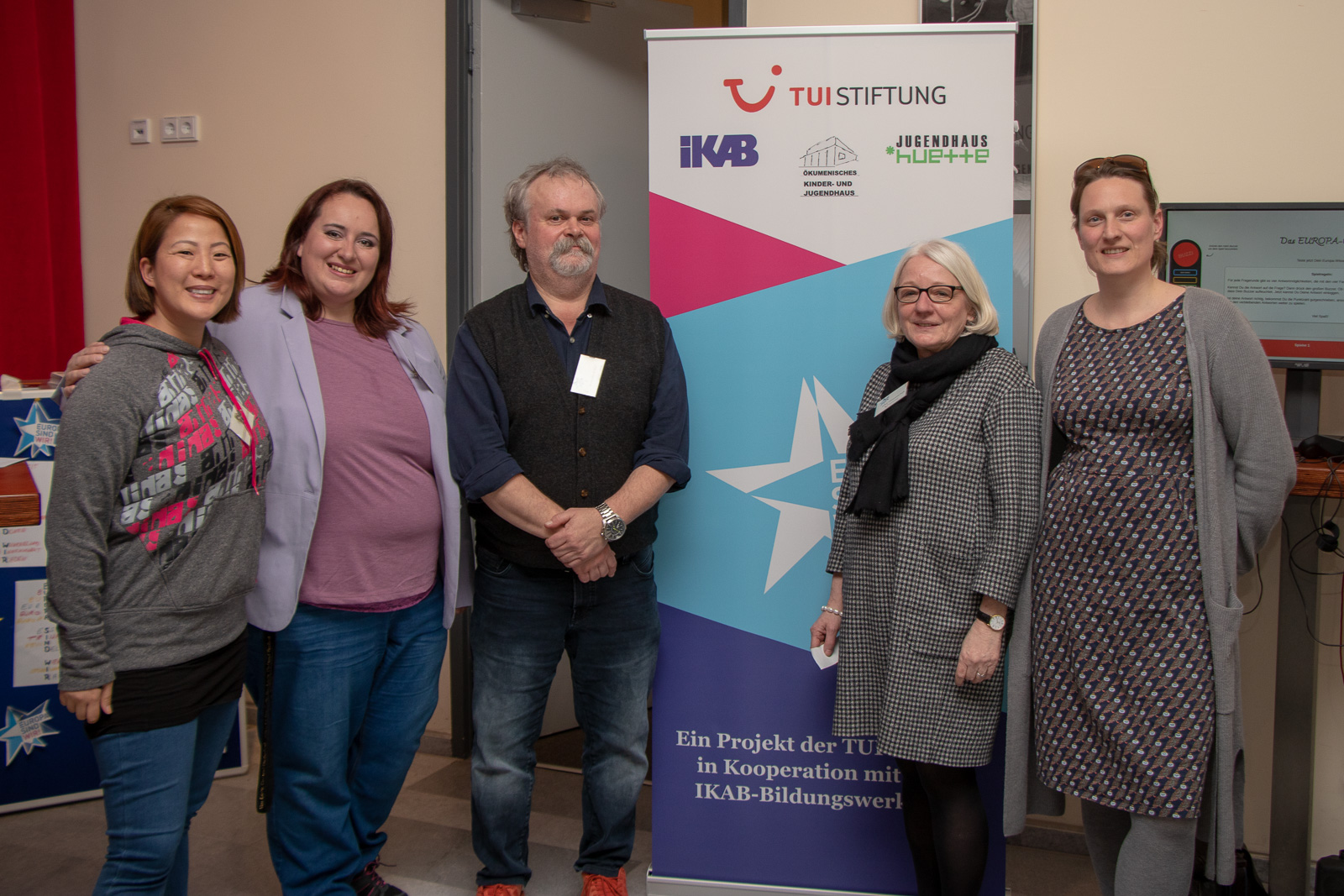 In the Theater Moller Haus on Wednesday the young people rapped, puzzled and danced – everything under the motto “We are Europe”. The project was developed in cooperation with the IKAB-Bildungswerk e.V. as well as with child and youth welfare organisations with the involvement of the municipalities involved and was also carried out in the cities of Dresden and Cologne. Young people between the ages of 16 and 20, who have hardly any access to political education and are rather sceptical about Europe, are offered low-threshold, target-group-specific access and participation opportunities.

In the Ecumenical Children’s and Youth Centre Kranichstein, the young people organised a regularly scheduled cooking workshop and created a “European room” with graffiti and furniture made of pallets. They also decided to go on a joint trip to Frankfurt, where they visited the Anne Frank House and dealt with the issues of racism and exclusion in Europe in advance. The documentary group finally summarised the impressions and experiences in a film. 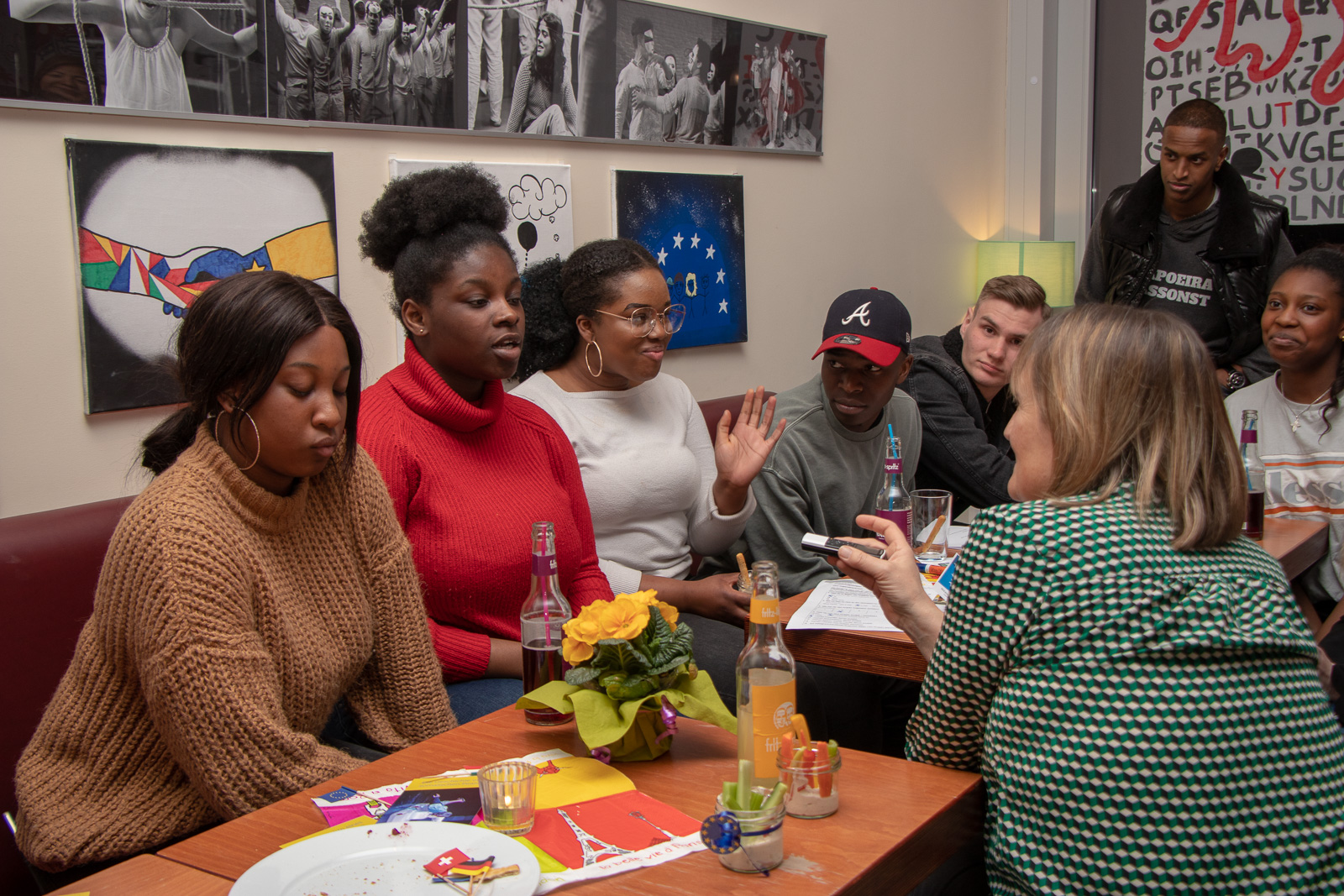 Since October, the young people of the youth centre *huette have been working on what it means to be European. They formulated their personal ideas about Europe in different creative ways. With the help of video productions or workshops on art installations, poetry slams and dance performances, the young people contributed their ideas and put their personal ideas of “their” Europe into practice.

"We are Europe" - final event in Darmstadt

"We are Europe" - final event in Cologne

"We are Europe" - final event in Dresden