The teacher team in Hamburg for the Understanding Europe project was selected and trained in autumn 2015, and the first EU compact course took place there on 3 November 2015. Since then, the Schwarzkopf Foundation and the TUI Foundation have been offering their courses, which have been tried and tested in other areas of Germany and other countries, at Hamburg schools. These four-hour EU compact courses taught by peers offer schoolkids the opportunity to critically examine the EU and learn about opportunities to participate in the political process. 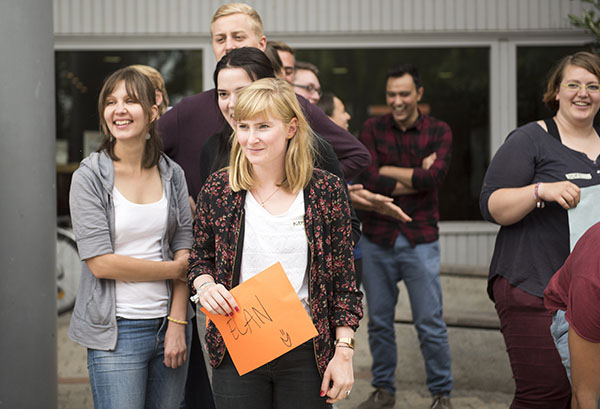 The six-strong team of trainers has provided a total of 27 EU compact courses attended by 607 school children at Hamburg schools since the Understanding Europe project was launched in the city. A report by a pupil at the Heinrich-Hertz School on the course said:

Discussion with Michael Roth, Minister of State for Europe in the Federal Foreign Office

Project starts in Spain and the Netherlands

Getting started in Hamburg