For the 3rd time, the event Europe Live! took place, in which students discussed European policy issues with the politicians.

As part of the TUI Foundation’s series of events Europe Live!, around 200 students from IGS Roderbruch and KGS Laatzen were given the opportunity to exchange views on European policy issues with various politicians and to discuss their ideas about Europe together. The aim of Europe Live! is to give young people the opportunity to discuss European issues with political experts and thereby strengthen young people’s interest in Europe. 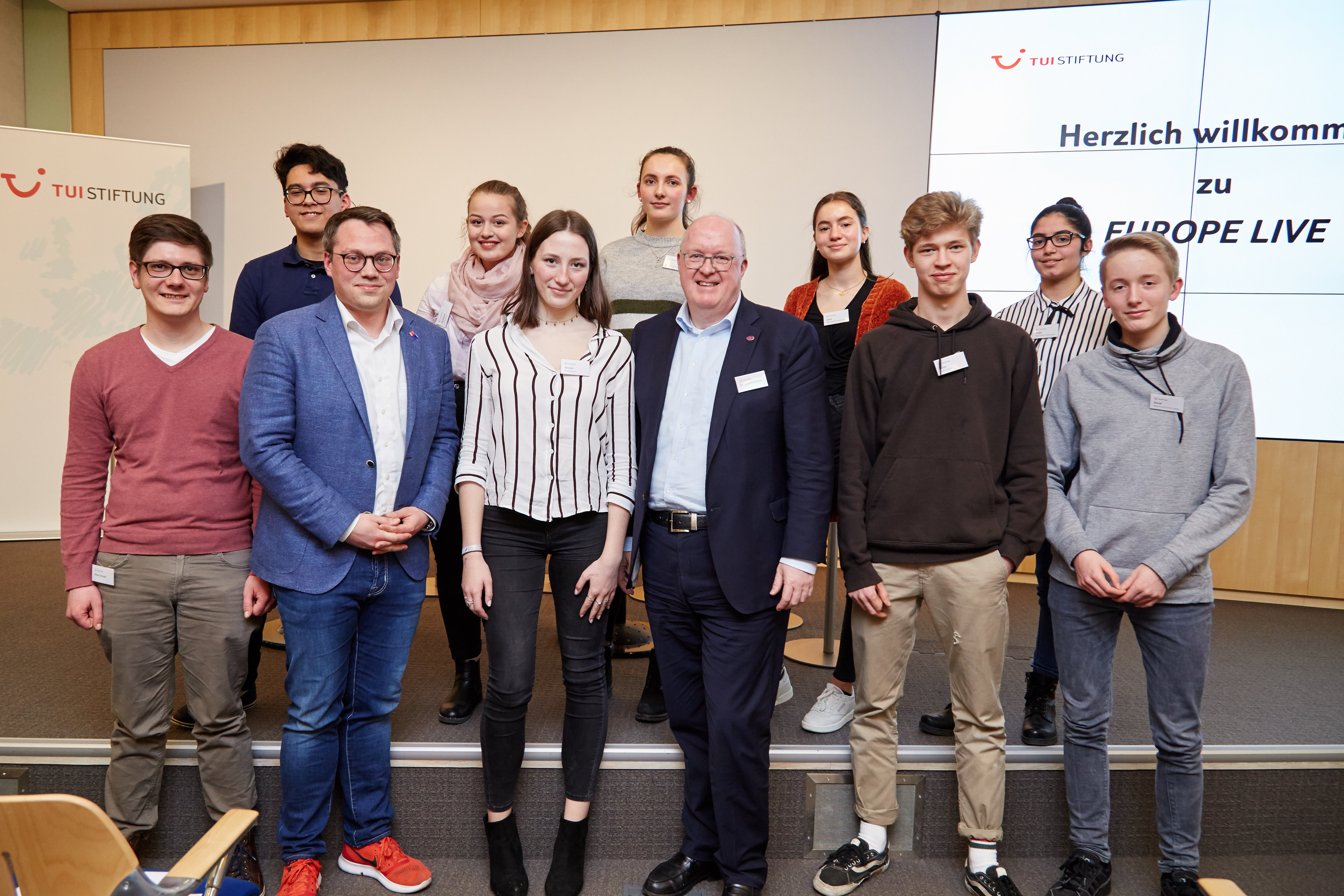 At this year’s event, students from IGS Roderbruch and KGS Laatzen had the opportunity to discuss with Niklas Drexler (FDP), leading candidate of the Young Liberals, Tiemo Wölken (SPD), Member of the European Parliament and Dr. Stephan Siemer (CDU), spokesman in the Committee for Federal and European Affairs. The discussion was based on the creative videos made by the students themselves, in which they made clear their ideas about Europe. They were mainly interested in topics such as the European elections in 2019, the forthcoming Brexit with its future effects on Europe, as well as climate and environmental protection and direct democratic participation opportunities. 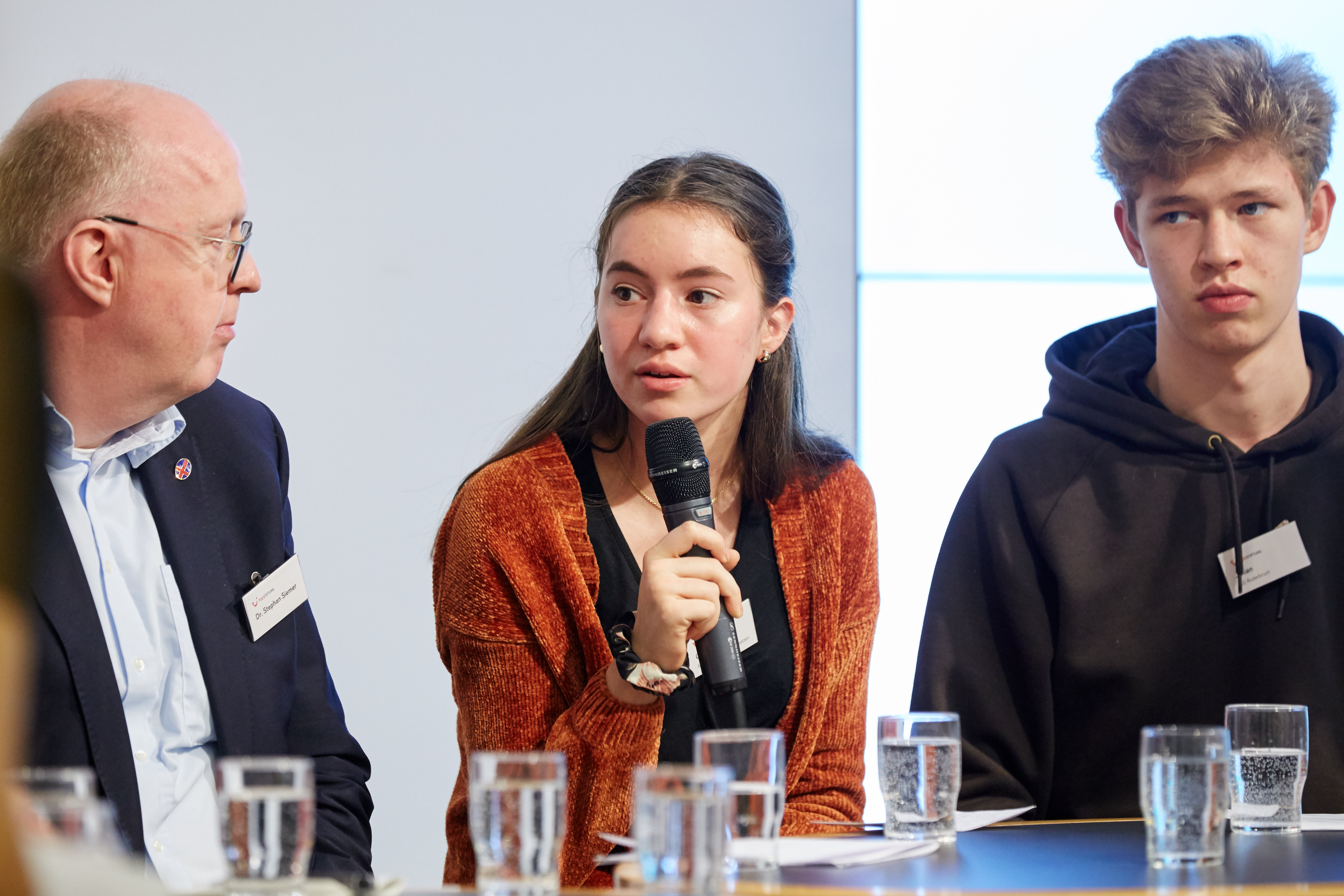 The discussion series was a special experience for the students. They were given the opportunity to speak personally with politicians and clarify questions together with them. The student Melissa Siemer explains: “The event offers a good opportunity to talk to politicians – the personal encounter is very important”. 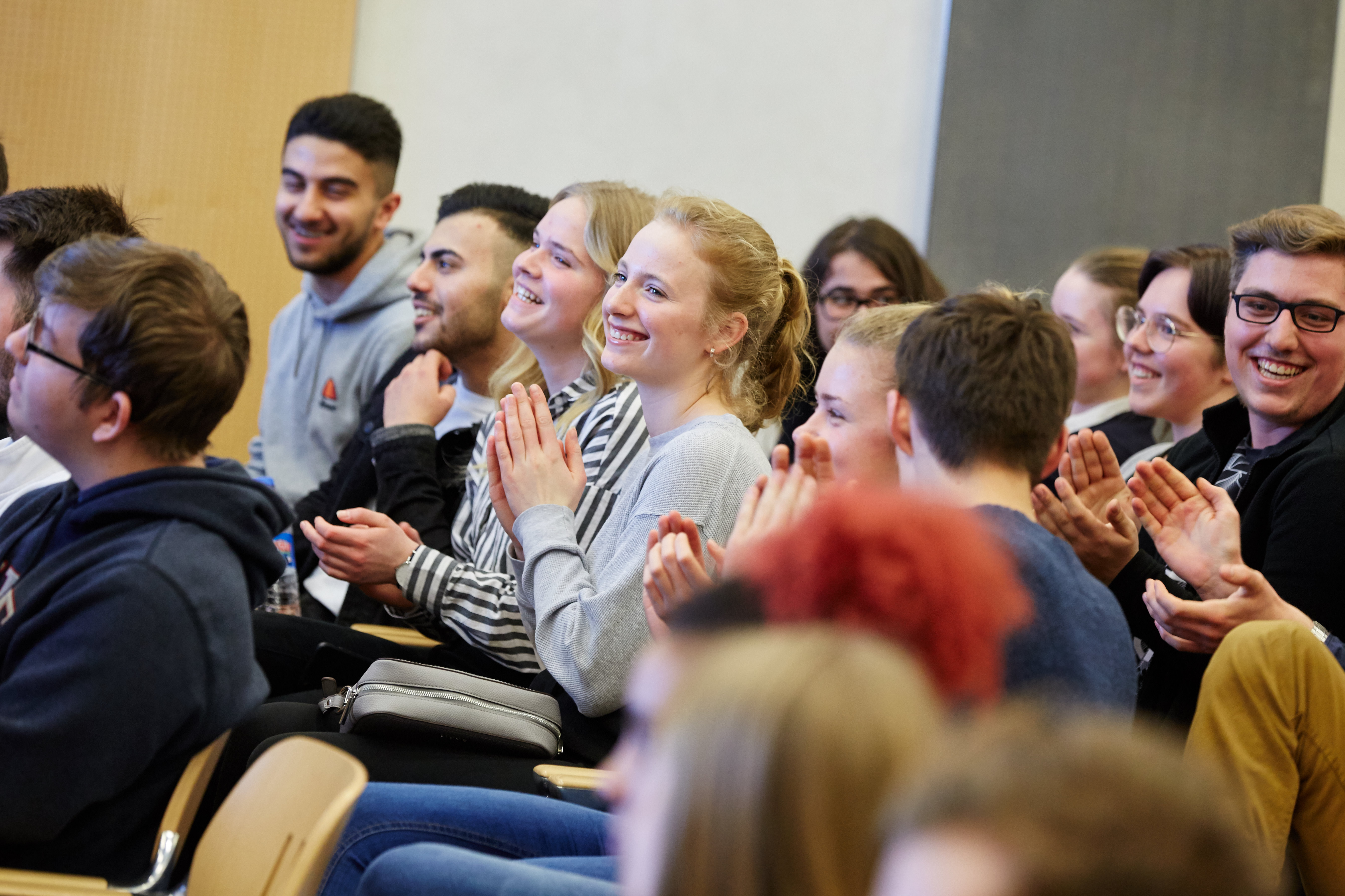 The TUI Foundation’s format regularly brings politicians and young people together so that they can discuss Europe controversially at eye level. “Friday for future” is a particularly current topic. Tiemo Wölken underlines: “I think Fridays for Future is very important and I wanna thank all the students for their commitment. A variety of interesting European political questions were prepared and discussed – a great event!

Elke Hlawatschek, Managing Director of the TUI Foundation, considers the personal encounter between young people and politicians to be particularly valuable for both sides: “Through Europe Live! we learn what Europe means to young people today and which topics they are interestes. At the same time, we can raise young people’s awareness of Europe. In times of Brexit and co., Europe cannot be taken for granted”.